The beginning of the body positive movement 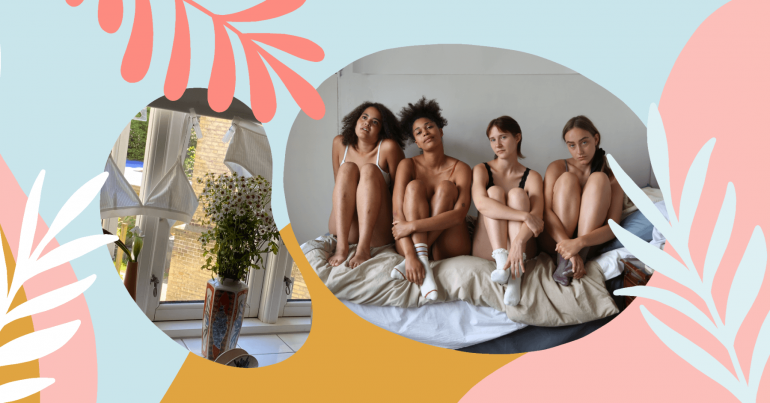 For many years, women have lived under pressure to fit into the definitions of physical attractiveness. Canons of beauty have changed over the centuries, from curvy shapes during the golden age of Hollywood and Marilyn Monroe to slim, but still feminine models such as Cindy Crawford in the 1980s. Later we saw skinny, almost anorexic girls, and now there is a trend for a slim, athletic figure with large breasts which in the vast majority of cases is impossible to achieve without surgical intervention. Beauty contests, organised since the beginning of the 20th century, and later the development of television, contributed to the consolidation of the current canons of beauty. Miss contestants, often after plastic surgery, became unattainable models for young women. We are still surrounded by pictures of beautiful and shapely ladies in the public space – in the press, on television, in advertisements and on the Internet. With the use of modern technologies, the pictures are retouched in such a way that they are far from the real thing. This has a major impact on girls, who strive for the ideal, sometimes even at the expense of their own health.

A response to the ideals created in the last century is the body positive movement, called in Poland “body positivity”. Although the movement was initiated by plus-size Afro-American women in the 1960s, it has only been in the last few years that it has gained importance and popularity. It is all about accepting yourself as you are. The body positive movement calls for living in harmony with oneself, opposing canons of feminine beauty put fashion designers, clothing and cosmetic companies. It is a response to the needs of modern women who do not want to be accepted and appreciated only for their appearance. Body positive is a consequence of emancipation and equality, departure from patriarchy and new role of female sex. This is a hope that the new generation will grow up in an atmosphere of self-acceptance. Breaking the media stereotype of an XS-size woman with a perfect figure, firm, depilated body, flawless complexion and long, thick hair is a breakthrough in her perception. One of the demonstrations of the body positive movement was the ‘I woke up like this’ challenge. Many girls took part by posting photos of themselves on social media without makeup and any beauty filters. Recently, we often see pictures of female influencers with folds on their stomachs. The beauty and fashion industry have finally started to take notice of the different body shapes of women.

One of the first brand which break the stereotype of the feminine beauty ideal, was cosmetics manufacturer – Dove. In 2005 announced its ‘Real Beauty’ campaign. This was the response to a worldwide survey which showed that only 2% of women considered themselves beautiful and 9 out of 10 would like to change something in their appearance. The ad was groundbreaking in the way beauty was portrayed, showing eight ‘real’ women of all ages and diferent skin colours in simple lingerie of various sizes. This is arguably one of the most important ads of the 21st century in terms of changing beauty canons.

Fashion giants are also increasingly willing to prepare their advertising campaigns in the spirit of body positivity and slowly cease to show only models with ideal shapes in their ads. Monki, a brand owned by the H&M concern, focuses on naturalness in communication. The swimsuit advertisements featured women of different body types, showing their folds, stretch marks and hair on their arms. The photos did not pass along any graphic processing. Now the Swedish brand is going a step further and has launched a new #nofilter campaign, where all the photos have been taken 100% without filters and are not retouched. Monki’s #nofilter campaigns support the fashion industry by encouraging the display of photos without retouching, especially during sessions featuring lingerie and swimwear. They also promote the idea of body positivity and the message that all women are beautiful in their own way. Photos show sometimes quite controversial shots of unshaven armpits, a protruding tampon string or a menstrual cup.

There is increasing criticism of the use of body positivity for marketing purposes. Some people believe that the term has become a marketing slogan and has nothing to do with its original meaning. One gets the impression that the term is being misused to increase popularity and sales profits. Despite the criticism, such campaigns certainly have positive undertones. We are surrounded by idealised body images on a daily basis, which can result in a lack of self-acceptance and eating disorders. Seeing far-from-perfect silhouettes of models in body positive campaigns makes us think better of our bodies, which we are not always happy with. A sense of community, solidarity and female strength is born. Thanks to self-acceptance, it will be easier for us to believe that others also see us as attractive, beautiful and strong women. And then we will feel like the movie main character Bridget Jones after hearing the famous declaration made by her beloved, Mr Darcy: I like you just the way you are!

Media relations is one of the key PR tools, which is extremely effective in reaching the…

We have eighteen years of experience and expertise resulting from cooperation with the largest global brands.…

Influencer Marketing is a tool which, appropriately planned and applied, allows achieving any business goals: related… 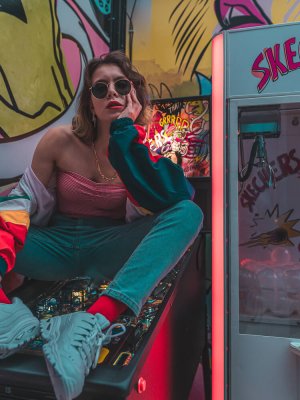 Are you interested in fashion marketing? Is fashion communications your passion? Do you want to know the latest news about our fashion agency? Subscribe to our newsletter and stay up to date.